We are not professional emojis 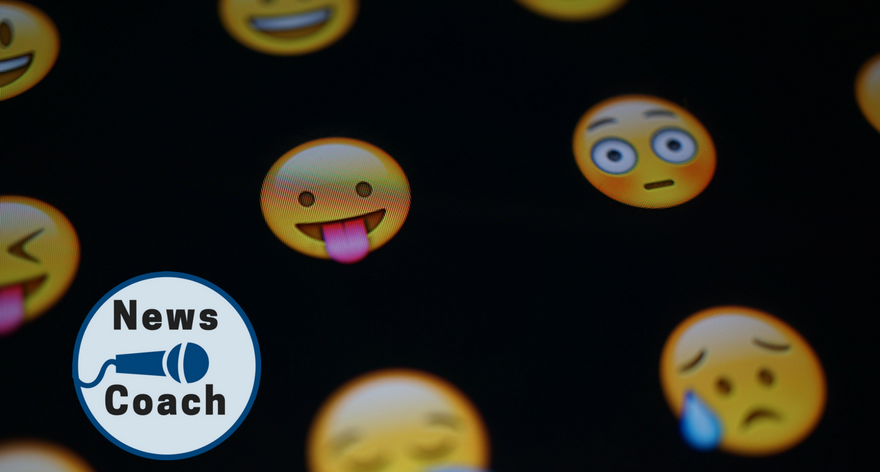 There appears to be a growing need among broadcast newsers to talk in a special way. Walk in a commanding way. To interject unnecessary adlibs. To “emote” a certain way. I wonder if it might be contagion from our prevalent use of emojis? Sure, I use them too- but how many times do I struggle to . even find one that feels right for the exact sentiment of my text?

So let’s examine these human emoji propensities, and if any resonate with you, give them some thought .

The One-Size Fits All Sad Emoji

Do not think about how you “should” be. There is no one emotion that our minds can use to wrap around a whole story.

A three year old child falls out a 5th story window in public housing. There was a window guard but apparently it didn’t hold tight. The child is in critical condition.

Sure, this story makes us sad, but we’re also angry, confused, frustrated. Did an overworked single mom holding down 2 jobs fall asleep? When was the last time the bricks were checked? Was the installation work shoddy? Was the babysitter a neighbor who was too young to babysit?

If you are anchoring and you hit the sad face button you’ve got it all wrong. If you are doing a standup, the same holds true. You can’t think about how you “should” be. There is invariably a complex and sometimes subtle mix.

No rules, but here’s a tip: try mentally revisiting your sentiment as you learned the information you are sharing. It will create a natural "way of being" and speaking. And please bear in mind- each of you will have a journalistic impression of your own.

Years ago I had an anchor client who had 3 expression modes: happy, sad, and serious.

She didn’t stay in the business.

The Perky, Emphasizing for No Reason Emoji

Often reporters hit words with a rise and fall of their voice in effort to make their information sound “interesting” or in an attempt to be "conversational.” Sometimes these words are punched out with loudness. Your speaking to camera, and often your tracking, becomes superficial sounding, and we become distracted by burps of shrill or hammered numbers, verbs or nouns.  Interpretation? Not when I’m just hearing isolated, yelped words! "Interpretation" is most logically presented within a complete unit of information.

If the above behavior feels familiar, try cleaning the slate and trusting that your intelligent, normal speaking voice will naturally flag whole concepts and not just words. This is not theater or entertainment. It’s news. As long as you are enjoying your work and not approaching it robotically or mechanically, the natural sentiment will flow. Some distracting examples:

The high school students- out of their frustration- have announced their intention(hammered louder) to take on the political system along with students all over the country.

Let’s look at the medal count- Norway is leading with 28 medals- eleven (up/down yelp) of them are gold.

Yes, we all joke about the walk-to-nowhere towards the camera for the sake of movement. For me, it comes across as a transparent attempt to impress us with a physical gravitas. I suspect we will forever see reporters either trying this or being instructed to do so, but I do believe that it has its limits.    I recently watched a reporter stride towards the camera with a group of students as essentially a backdrop, saying, “.. and this community continues to grieve  … .” He had his hands on his hips for a few steps. He stopped, then emphasized a few words with a dramatic hand gesture.  There are times when this type of movement can appear too transparently orchestrated, callous or self-centerd. Sometimes just standing there is fine-and more sensitive.

It is just heartbreaking- and that doesn’t even do it justice.

Wow! They have a dream!

It really boils down to your personality. The easiest, most spontaneous ad-libs are generated by light stories- especially if you have a sense of humor. Anything else is up for grabs. If it bubbles to the top, ok. But we don’t need to hear fillers throughout the newscast, and if you’re feeling obligated to say something: don’t! Many brilliant, approachable anchors are more thoughtful than readily spontaneous.   Sure, emojis are fun to use for texting, but journalism and our reporting is infinitely more complex. Our facial expressions, manner of speaking, and movement on-camera can’t be simplified into an icon or a false supposition